Plant a tree in memory of Junior
An environmentally-friendly option 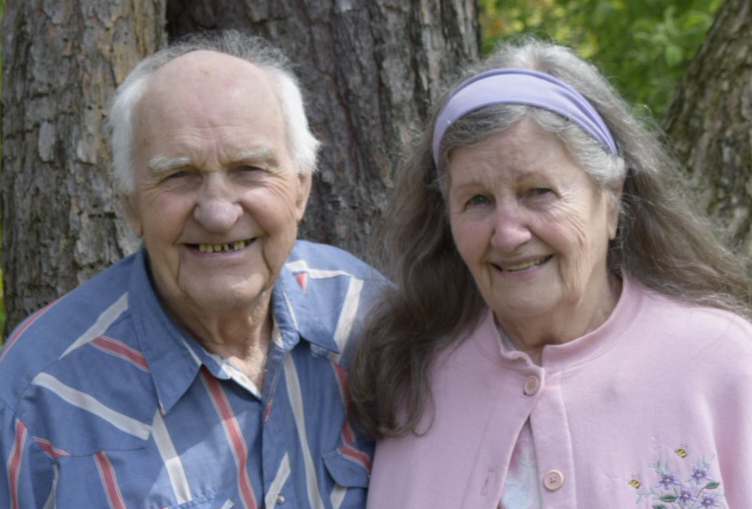 Junior Collins passed away peacefully on Friday, March 12, 2021 at the age of 91. He was born on January 29th, 1930 to the late William Harley Collins and Hazel B. (Radcliff) Collins in Stouts Mills, WV Preceded in death by his beloved wife of almost 69 years, Etta June (Metz) Collins, he is survived by daughter Linda (Dan) Elbon, son Ronald (Linda) Collins, daughter Anita (Stewart) Sollitto, and son Bradford (Lynda) Collins as well as 5 grandchildren – Mike, Wayne, Christina, Lisa and Erica.  He has two surviving bothers - Richard and Charles, and four sisters Agnes Heater, Pauline Grimes, Mary Wilfong and Kathleen Mick. One of 13 children, he grew up during the Great Depression.  His father was a farmer who taught him how to live off the land and care for his family.  His mother was involved in the church and sang on the radio, wrote songs and taught her children about the Bible.  He learned how to plow with horses, plant a field and how to harvest. Times were hard and jobs were scarce.  He worked in the coal mines and many other jobs to make money – eventually moving to Ohio to find assembly work in factories and driving trucks.  He once said, “In those days, places closed so often, you had to stay fast on your feet to keep afloat!”  He was married on August 29th, 1952 to Etta Metz and was drafted into the US Army a short time later.  He served in wartime during the Korean Conflict as part of Company B 14th Combat Engineer Brigade where he cleared mine fields, blew up bridges and built buildings and bridges.  He was promoted quickly due to his hard work and persistence to Staff Sergeant and also his platoon’s Sergeant.  He served for two years.  After returning home, he and Etta settled in Norton, Ohio where they lived for almost 55 years, raising their four children.  He worked many factory and truck driving jobs – retiring from the Ohio Brass Company in Barberton after the plant closed and again from the FW Albrecht Grocery Company where he worked as a courier and supply room manager.  Junior loved camping, fishing and hunting for small game and deer.  His last trip into the woods was for Spring turkey in his late 70’s.  He was usually straight and to the point and was always available day or night to answer a call for help when needed.  Some of his greatest accomplishments were an over 68-year marriage and the passing along of his values, skills and good work ethic to his children.  Even in passing, he was not afraid but looking ahead as he said, “I’m ready to go and be where Mom is!” He was taken from the earth, but never our hearts!

Plant a tree in memory of Junior by clicking here.
To send flowers to Junior's family, please visit our floral store.

A service summary is not available

Plant a tree in memory of Junior
An environmentally-friendly option

Plant a tree in memory of Junior

2 trees planted in memory of Junior

A Memorial Tree was ordered in memory of Junior Harley Collins by Connor Click.  Plant a Tree

A Memorial Tree was planted for Junior Harley Collins

Plant a tree in memory of Junior